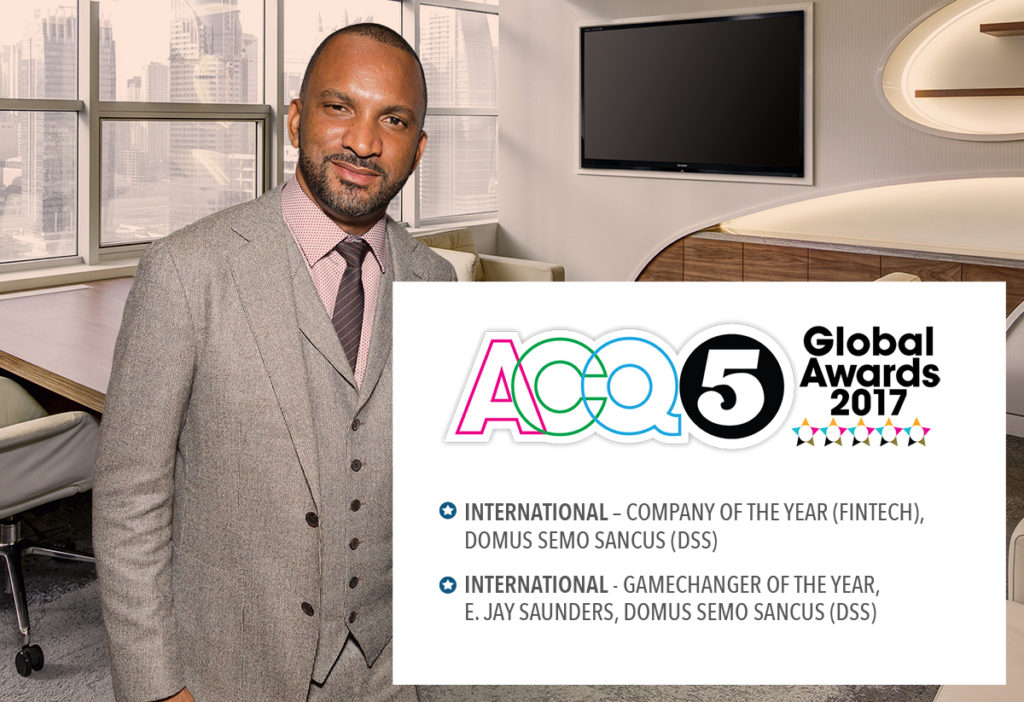 The ACQ5 Global Awards, currently in its 12th year, honors “…the leading deal teams, firms, and professionals whose activities set the standard.” According to Jake Robson, Group Editor of The ACQ5, “Experts whose intimate knowledge and expertise in the corporate, cultural, financial and legal arenas are redefining our industry. The 2017 ACQ5 Global Award winners represent the best of breed in all industry sectors and have earned these honours by standing out in a group of very impressive finalists.” Nominees were voted for by over 83,000 industry professionals, who rated each nominee from 1 – 5 on criteria such as experience, value for money, and responsiveness. Only nominees who received an average 4-star rating or above were shortlisted for an award.

Commenting on DSS winning the awards, Saunders stated, “One of our goals for 2017 was to make our brands more well known. While we’re confident that we’re building best-in-class products, that means nothing if we’re not getting the word out. We’re proud and honored to have won these ACQ5 Global Awards, as it confirms to us that the DSS brand profile is increasing internationally and that industry professionals are starting to take notice of our products and services.”

To read the ACQ5’s Editorial on DSS, click here

Domus Semo Sancus (DSS) Ltd, founded by E. Jay Saunders in November 2014, is a financial technology company that is building tools to encourage financial inclusion and bridge the e-commerce divide.

SafetyNet.ai is DSS’ award winning enhanced due diligence (EDD) cognitive search and crime prevention tool. It helps companies comply with KYC and AML rules and regulations by utilizing an artificial intelligence engine to help companies spot and mitigate risks before they become threats. SafetyNet.ai is cloud based and is offered in the following subscriptions: Lite, EDD (Enhanced Due Diligence), EDD Enterprise, Safe City, and Developer.